More Than A Number 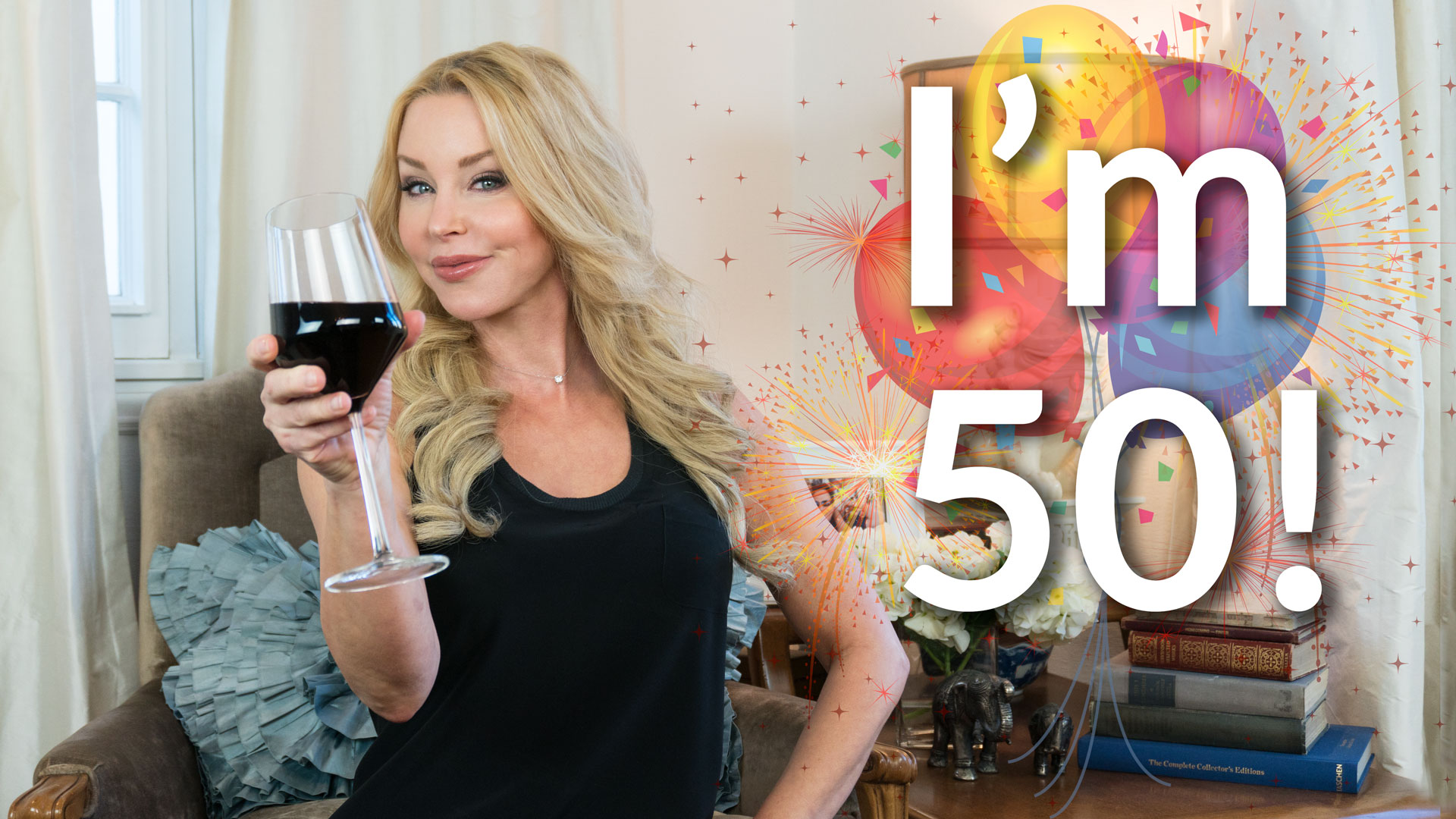 13 Sep More Than A Number

Posted at 01:08h in Blog, Be Young by Darnell Cox 0 Comments
0 Likes
Share

More Than A Number

I am 50 years old. But even when I was still 49-1/2, I was saying “I’m almost 50.”  That’s right, folks. I still round up my age or claim those half-years in the same way I did when I was a kid. For instance, I was never just “8.” I was “8-and-a-half,” or “almost 9” (even before the smoke had cleared from my 8 birthday cake candles). Perhaps I continue to round up my age because, as an anti-aging beauty blogger, those numbers really give me credibility. But, more likely, I proudly claim those half-years because I’ve always been the kind of person who looked forward, not back, even when it comes to age.

When we were younger, most of us were excited with each approaching birthday and its accompanying new set of privileges. I know I was! I remember the thrill of first reaching the “double digits” (10 years old), which gave me parental permission to have a sleepover at Tammy Casalou’s house. And at 13, finally a teenager, I was allowed to go to my first boy/girl party (probably a mistake). Turning 16 gave me that California freedom of my driver’s license (and I crashed the family car into a tree the first night- oops). 18 signaled my right to vote. 21 meant I could drink (legally, that is). Then, however, things changed. The numbers began to take on less meaning (not counting the big ones, of course, like 30, 40 and my fast-approaching 50); instead, the milestones of growing older became more significant. “College degree? Check…  Job? Check…  Marriage and Children? Check, check.”

Eventually, however, we run out of things to “check off.” And then, once all of the major milestones have been reached, we mistakenly think we have done it all, which leads us to become complacent. This is a BIG mistake, folks. We need to continue to strive for growth and change, even when we are satisfied with our lives. If we don’t, each day begins to run into the next, the years all start to blend together, and then – BAM! – you wake up one day to find your life has passed you by. Shit! So no matter what my “number” may be, I want my years to be filled with excitement and anticipation for new things to come. I want to look forward to each and every birthday.

When I turned 40, I was proud. I almost made a t-shirt that said, “I AM FORTY.” I felt like I deserved to be 40. I’d earned it. Sounds strange, I know, but here is where my ongoing bucket list really made a difference in my mindset.

At about 25, I realized that the only big birthdays left were, well… the BIG birthdays. I had just begun having my babies. And maybe I was worried that I’d be so consumed with raising a family (as most mothers are), that I would someday wake up with grown children and no real personal growth of my own. To be honest, I think I had a sort of an early mid-life crisis (remember, I’m the girl who bought her first wrinkle cream at 16). I knew I wasn’t done growing, traveling, and experiencing new things. Hell, I felt I’d hardly begun. Maybe I didn’t want to leave it to chance that, at the end of my life, I would have that “drop the mic” moment, having done everything I had hoped and dreamed. And so, my ever-changing bucket list was formed. A kind of personal north star that keeps me looking forward with childlike anticipation, and makes me accountable for what I’ve done with my number of years thus far.

Today, for example, I set the goal for my 50th. Sometime before I turn a half-century, I will run a Spartan Race. Just in case you haven’t heard of the Spartan Race, click here. (Yeah, this is going to be a helluva challenge.) You see, as 50 fast approaches, I refuse to look back at my younger, firmer, stronger self of the past with a wistful sigh. Nope, I choose to look forward (chin up, tits out) with enthusiasm and anticipation. Because I know that I am much more than a number. Yes, in less than 18 months, I will admitteldy be a “50.” But, among other things, I will also be a Spartan.

So with all of that in mind, what about you? Who are you? Are you just a number? Are you looking forward with excitement, or looking back on years past with bittersweet fondness? What does your bucket list look like? What item are you going to check off this year? If it feels like I’m calling you out – I am. Because, with this blog, I hope to make a difference in this part of your life. I’m challenging you to set a goal for each and every birthday or, at the very least, for every “hallmark birthday.” And if you think you are too old to do some of the things you’ve always wanted to do…. Think again! Here are some folks who refused to let their number stand in their way.

*Vera Wang didn’t even begin her career until she was 40! Someone else made Vera’s own wedding dress!
*Julia Child wrote her first cookbook when she was 50, which launched her career as a celebrity chef.
*Martha Stewart published of her first book, “Entertaining,” when she was 41, followed by the launch of “Martha Stewart Living” at the age of 48.
*Oksana Chusovitina became the oldest gymnast to ever compete in an Olympics at 41 years old, when she competed in the 2016 games in Rio, which was her seventh Olympics.
*Elyse Grinstein, at the age of 50, after raising her 3 daughters, went back to school to get her Masters in Architecture. She went on to have a successful architectural career, becoming Frank Gehry’s student and friend, and co-founded the famed GEMINI G.E.L. print shop.
*Fauja Singh, a marathon record holder for his age group, completed a marathon in 5 hours 40 minutes at the age of 92. Fauja didn’t even think about running a marathon until after his 90th birthday. In 2011, Singh became the first 100-year-old to finish a marathon.

(That concludes the “No Excuses” portion of this blog.)

I’m in awe of people like the ones listed above, and yet, we all have this in us. Maybe we won’t all run a marathon, publish a book, or suddenly find a new career, but I know that each one of us can pursue a new goal or exciting experience this year. Start now. It doesn’t have to be monumental, just something to look forward to checking off your bucket list. And you never know where those “checks” may lead you. After all, it was less than two years ago, at the age of 47 (again, I’m rounding up), that I went from casually sharing skincare, diet, and exercise advice with friends and family, to launching my website, Live Young Lifestyle, and more recently, my Youtube channel.

So yes, I am 50 years old. But I am more than a number. I am also a skydiver, a marathon runner, a world traveler, a Great White Shark cage diver, an anti-aging beauty blogger, a Youtuber, and a soon-to-be Spartan (among other things).

Cancel Reply
We use cookies on our website to give you the most relevant experience by remembering your preferences and repeat visits. By clicking “Accept”, you consent to the use of ALL the cookies.
Cookie settingsACCEPT
Manage consent

This website uses cookies to improve your experience while you navigate through the website. Out of these, the cookies that are categorized as necessary are stored on your browser as they are essential for the working of basic functionalities of the website. We also use third-party cookies that help us analyze and understand how you use this website. These cookies will be stored in your browser only with your consent. You also have the option to opt-out of these cookies. But opting out of some of these cookies may affect your browsing experience.
Necessary Always Enabled
Necessary cookies are absolutely essential for the website to function properly. This category only includes cookies that ensures basic functionalities and security features of the website. These cookies do not store any personal information.
Non-necessary
Any cookies that may not be particularly necessary for the website to function and is used specifically to collect user personal data via analytics, ads, other embedded contents are termed as non-necessary cookies. It is mandatory to procure user consent prior to running these cookies on your website.
SAVE & ACCEPT